Dhruv Vikram’s much-awaited film Adithya Varma which is the official remake of Tollywood’s blockbuster film Arjun Reddy is all set to hit the big screens tomorrow, the 22nd of November. This has been one of the most anticipated films of 2019, and the fans have been highly pumped to watch the most charming Chiyaan Vikram’s son Dhruv making a sensational debut through this one-of-a-kind film.

After the astonishing hit of the trailer of Adithya Varma, the makers have now released an engrossing sneak peek from the film. Here is another acclaimed scene from the film where Adithya and Meera interact for the first time. Watch out for this young couple’s intense chemistry which is going to set the tone for the entire film. Hit play now! 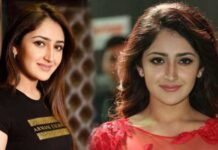